The UnionBank of the Philippines, together with ConsenSYs, has picked five rural banks in Mindanao to take the lead for their blockchain initiative.

In a good sight, Ortiz said that i2i Project is a real-time, cost-effective and secure retail payment system in the blockchain. He also took the technology on a good note saying that it can “crack the hole of financial inclusivity.”

The chosen rural banks for the pilot run, with approval coming from Bangko Sentral ng Pilipinas, are the following:

Blockchain is initially created to be the accounting method used for cryptocurrency.  It is a digitized, decentralized and public ledger of all transactions. As a result, it enables participants to track all of their digital currency transactions even without a central record-keeping.

Aside from this, the technology verifies transactions and keep records permanent. Under it, the entirety of participants can verify the transaction’s existence without the need of a centralized authority.

Tanya Hotchkiss, Exec. VP of Cantilan Bank, Inc., admitted that the current practice in bank-to-bank transfer takes time so they’re searching for a faster system. She’s hoping that blockchain technology can solve this.

She reiterated how the innovation can save time and energy as compared to the old system that they have. Before, manual reconciliation and verification may take a day to one month – five departments and five employees working on at least 26 processes. With blockchain, she said that the steps have been reduced to five with automatic reconciliation and bank verification only taking 5 minutes. Even the number of people working on the process has been reduced to at least one or two persons.

ConcenSys take on the initiave 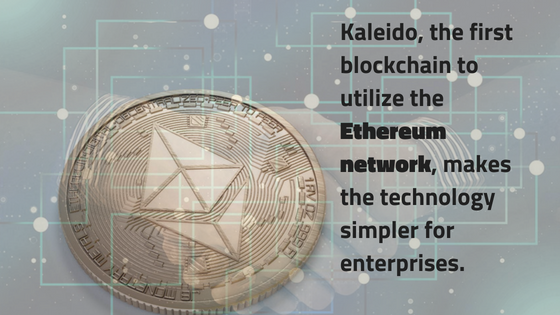 On the other hand, Aiai Garcia of ConsenSys Solutions Lead in Asia-Pacific revealed that their collaboration with UnionBank will maximize the Kaleido platform.

Kaleido, the first blockchain to utilize the Ethereum network, makes the technology simpler for enterprises. It allows them to implement the technology in a more accessible way without compromising robustness, security and performance.

Garcia also said that both public and private sectors show interest on the application of blockchain on existing systems. This makes Philippines a prime test case for the technology.

“Our appetite for experimentation is warming the country up for significant transformational change for the next generations to come,” she added.

Trading crypto on Binance? There will be a system upgrade