Publisher Meridiem Games is thrilled to announce that the special boxed Survivor’s Edition of Ashwalkers, a post-apocalyptic survival adventure focused on narrative, choices and setting, is now available for Nintendo Switch in European specialist stores. .

Ashwalkers, developed by Nameless XIII and published by Dear Villagers, sees four adventurers journey through a harsh world, making difficult decisions that dramatically affect the course of the story. Players have to manage the party’s food and equipment and find their way through a dynamic narrative with multiple possible endings.

Meridiem Games will be responsible for the manufacture and distribution of the special  boxed edition of Ashwalkers across European territories. Ashwalkers – Survivor’s Edition will include a specially designed box, an art book illustrating some of the stunning black and white artwork from the game and a set of character stickers. 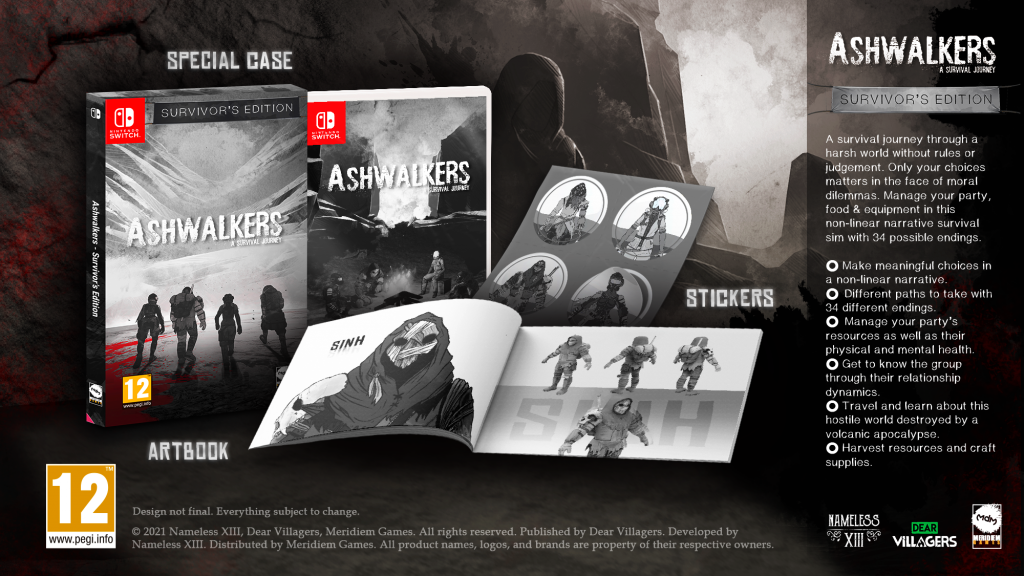 The years after a geological disaster, a group of survivors called “The Squad” set out into a ravaged world. They need to find a safe haven for their people, but to reach it they must cross a post-apocalyptic wasteland full of complex moral dilemmas. Get to know four fascinating characters and the shifting dynamics between them as you travel to the end of the world. 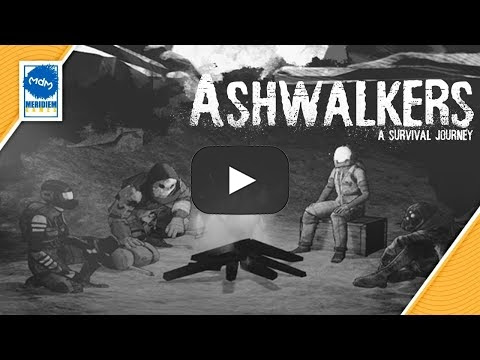