SHANGHAI, Feb. 2, 2021 /PRNewswire/ — In recent years, a cohort of up-and-coming apps represented by SOUL are gaining ground in the mainstream social network landscape, long dominated by established players. Soul App, which focuses on building emotional connections, has captured more than 100 million users since its inception just four years ago, with its MAU (monthly active users) surging to over 30 million, up by 200% from a year earlier. Internationally, the app has hit North American, Japanese and Korean markets in its tailored versions, and the Chinese version has also established a large user base in Southeast Asia. 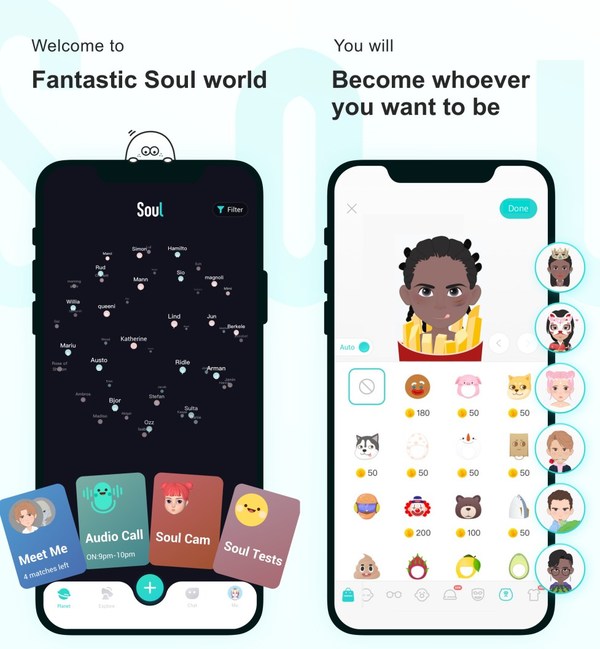 Behind SOUL’s meteoric rise is a demographic change unfolding in social networking communities. As the first digital native, Generation Z have grown up with increased access to the Internet, spending far greater time online than their older peers. At a time when Internet-based technologies have penetrated every nook and cranny of life – and social life in particular – nearly 90% of Gen Z surveyed want to expand the ways they socialize through the Internet, as shown in SOUL’s Generation Z’s Social Life Report.

However, most social networks fail to move away from the traditional model centered on pre-existing social circles putting younger users under social pressure who would otherwise express themselves freely and honestly. And yet, Soul App has stood out from the crowd by riding the technological tide of the increasingly matured big data and AI, a trend that helps transform social networking products. The app, from its early days, has aimed to serve as a social platform where people connect with each other in a simple, genuine way. Committed to this founding conception, Soul App leverages efficient machine learning algorithms and models to auto-recommend interesting people and content based on individual user’s distinct characteristics such as personality and hobbies.

The app’s algorithm-enabled friend recommendation system Planet and personalized content feeds allow users to spot someone after their own hearts. Specifically, Soulers can tap their Planet to make matches and interact directly with their friends through various features including Audio Call and Soul Cam. They can also find potential like-minded friends as they scroll through intriguing posts made by others, where shared interests lead to blossoming friendships. 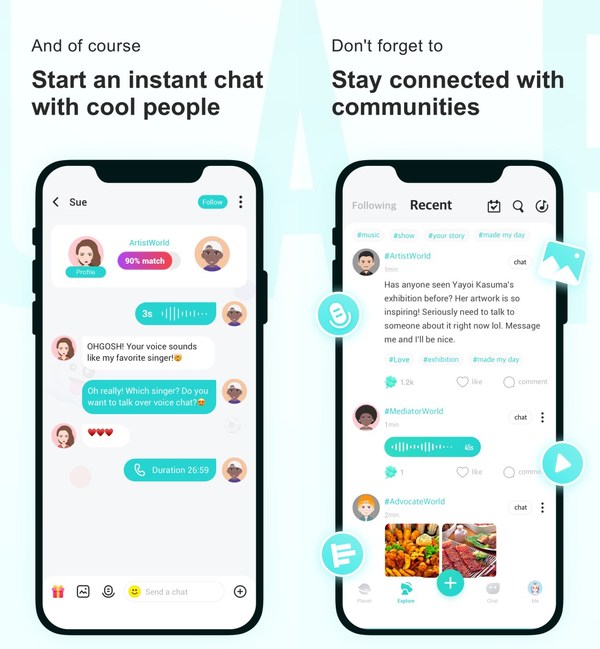 In addition, Soul App has launched many creative designs to create a stress-free space to encourage genuine exchanges. For example, its recommendation system gives more weight to high-quality and desired content than trending topics, allowing every user a fair chance to post what they want without worries about views. To focus communication on one’s soul rather than appearance, the app has also introduced Memoji, a personalized emoji to encourage users to express their own feelings.

With an efficient matching system, diversified social experiences, and a stress-free atmosphere, SOUL fully satisfies Gen Z’s multi-scenario social needs that require instant feedback in a fragmented time slots, thus enlarging its user base and stickiness at a swift and sustained pace. At present, Soul App boasts an Average Daily Time of over 60 minutes and an interaction ratio among MAU of over 95%.

Going forward, Soul App has the potential to play a greater role in Gen Z’s social life. Product-wise, long-form content, the pay-for-knowledge model, and games all point to meaningful growth opportunities. From the industry perspective, Soul App, home to 100 million young users, is poised to turn into an ideal place where consumer brands targeting Gen Z are able to drive traffic. In the face of the emerging Gen Z economy, SOUL stands ready to serve as an empowerment platform while unlocking the untapped commercial and social value embedded in social networking services.