The 19th Asian Games Hangzhou 2022 will be held from Sept 10 to 25, 2022 in Hangzhou, capital of East China’s Zhejiang province. China Daily is teaming up with the organising committee of the Games to spotlight the preparation for and facts about the Hangzhou Asian Games. 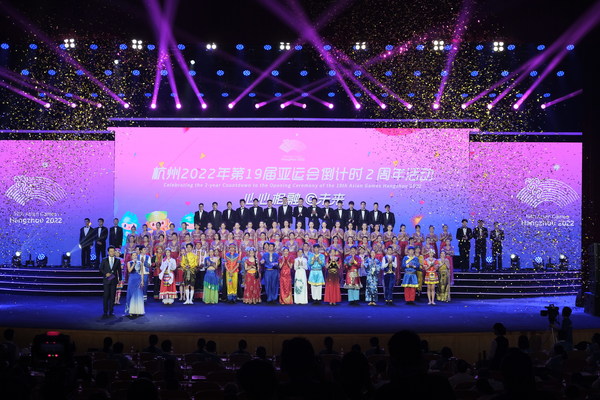 Preparations for the 19th Asian Games Hangzhou 2022 are already in full swing and the Hangzhou Asian Games Organising Committee has held various activities to celebrate the two-year countdown in September.

A canoeing relay was held on Sept 6 in Hangzhou, host city of the Games, as a "teaser" to the celebration. 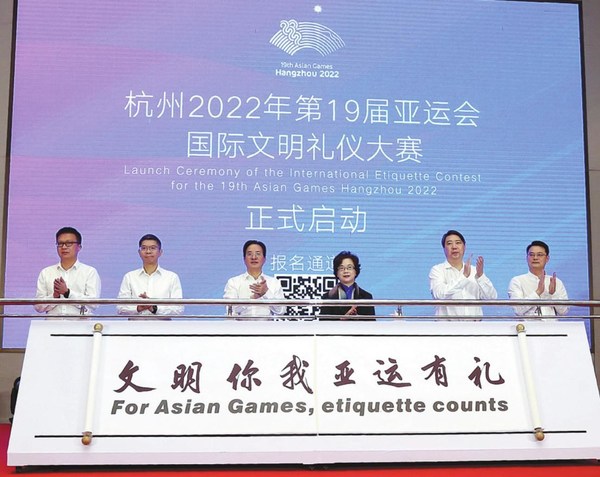 Representatives attend the launch ceremony of the International Etiquette Contest for the 19th Asian Games Hangzhou 2022, on Sept 27. CHINA DAILY

Five hundred canoe enthusiasts from all walks of life, led by famous athletes and representatives, set off from the Qiantang River in Hangzhou, and completed the relay through the waters of Qiandao Lake, the Xin’an River and Fuchun River across several counties of the city.

In each section, a team of 19 participants served as leading navigators, symbolizing the aspiration for the Hangzhou Asian Games.

Among them was 11-year-old Shen Xuanhong, who led the way through the Qiandao Lake section.

Despite his young age, he has been canoeing for three years.

"It usually takes me at least an hour and a half to get this far, but this time I finished in less than an hour."

"There were thrilling moments, like encountering big waves and getting hit by another boat, but overall it was pretty good," said Shen, gasping and smiling after completing the 7-kilometer course. Former two-time Olympic canoeing champion Meng Guanliang called on the public to live a green and healthy life during the relay event, adding that such events help more people develop a better understanding of aquatic sports, as well as of the Asian Games as a whole.

They were accompanied by events held across the province in cities, such as Jiaxing, Quzhou, Zhoushan, Taizhou and Lishui.

As part of the two-year runup to the event, on Sept 12, a garden party kicked off on the Hubin Pedestrian Street around the scenic West Lake in the city.

Plush toys of Feifei, the mascot for the 4th Asian Para Games, were also launched to the market that same day.

To date, more than 300 licensed products across nine categories have been launched for Hangzhou 2022, most of which were displayed at the garden party.

Alibaba Group’s Tmall platform also set up a booth to promote its online running event on Taobao, an online shopping app. Users can record their steps as they go about their daily routine, and for each 5 kilometers they achieve, they can win an Asian Games souvenir.

Furthermore, on Sept 22, HAGOC unveiled the sports pictograms for the Games, and initiated a global appeal for the slogan of the volunteers.

"The idea is derived from a kind of fete in ancient China and I hope more people will come to understand that the Asian Games is not only a competition, but also a gathering and networking event," said Yuan Youmin, designer of the pictograms and an associate professor at the China Academy of Art.

They will be employed in a variety of scenarios, including competitions, venue signs, public relations campaigns, broadcasting and souvenirs.

The HAGOC also started a global appeal for the slogan of the volunteers. Applicants can submit their proposals online, by post or on-site at the HAGOC office over the next five weeks. 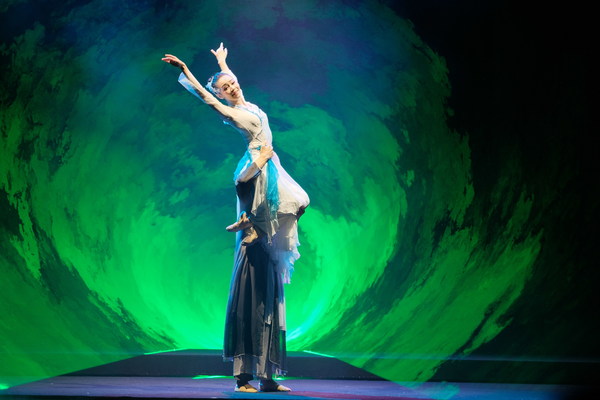 An art performance is staged during the event. XIAO DA/CHINA DAILY

"SMART HANGZHOU 2022", the first one-stop digital mini-program in Asian Games history, was released on the same day. Available through the Alipay app, it offers information on six aspects of the Games, featuring tickets, food, accommodation, transportation, famous scenic spots and shopping information in Hangzhou and other co-hosting cities. The HAGOC will take full advantage of the city’s strength in the digital economy sector in a bid to hold a smart Asian Games, said Chen Weiqiang, deputy secretary-general of the Games’ organising committee and vice-mayor of Hangzhou.