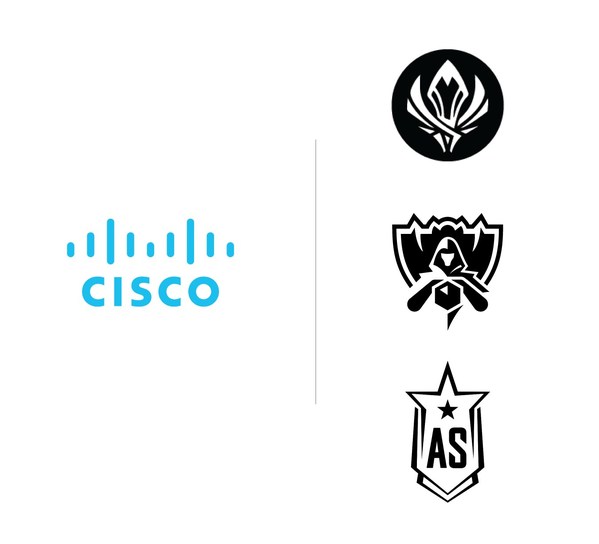 Riot Games and Cisco today announced a multi-year partnership that establishes the global technology leader as the Official Enterprise Networking Partner of League of Legends Esports. The partnership will provide reliable infrastructure and networking capabilities across five continents and three global events that will improve the competitive experience for pro players as well as enhance the viewing experience for fans.

Cisco’s networking solutions will power “The Realm” – the private game server used exclusively for pro-level competitive LoL Esports matches at three major global events: The League of Legends World Championship, The Mid-Season Invitational, and The All-Star Event. Cisco’s highly secure, flexible, and reliable networking technology will serve as the foundation to deliver the world’s most popular esport as it moves into its second decade.

“As a sport completely reliant on technology, it is essential that League of Legends runs on a trusted and reliable network,” said Scott Adametz, Esports Tech Lead at Riot Games. “With Cisco as a partner, we now are able to build and expand the infrastructure necessary to deliver the best esports experience possible for fans and professional players all over the world.”

“Our partnership with Riot Games brings together the leaders in esports and networking to offer the best possible connected experience for the players and millions of fans around the world,” said Brian Eaton, Director of Global Sports Marketing at Cisco. “Cisco is committed to redesigning the internet for the future, and esports has a big impact on that goal. With more people online than ever before for work and entertainment, it is critical to have a highly secure, flexible infrastructure in place to help ensure the visual quality and speed that will be required in the future.”

The Realm – Competitive Esports Server Upgrade
League of Legends is an esport that requires quick strategic planning and fast reaction timing. For pro players, it is essential to be able to face the least amount of lag (or “ping”) as possible. With Cisco technology being implemented in “The Realm,” Riot and Cisco are together working to help pro players compete on Summoner’s Rift at sub-1ms ping, allowing for near instantaneous reaction times and uninterrupted gameplay. The new Cisco servers are expected to offer up to 200% raw performance improvement over the previous technology.

Global Esports Networking
In order to power the next decade of esports, Riot Esports will deploy a new collaborative global infrastructure and networking upgrades. Cisco’s global and regional footprint allows Riot the flexibility, accessibility, and security needed to produce world-class esports events in all corners of the globe. Using Cisco’s advanced networking technology, fans at home will be able to watch LoL Esports broadcast streams with reduced delay and improved quality, bringing them closer to the action.

Global Riot Object Storage
As a worldwide leader in esports, Riot Games will undergo a major, global expansion of their object storage system to support content distribution, media processing, and global content archive. Using Cisco’s Storage Optimized Computing Solutions, Riot will build an archive to protect their legacy of content that will more than triple the amount of usable storage and capacity.

LoL Esports has become the biggest esport in the world over the last decade, reaching a record-breaking 21.8 million average minute audience (AMA) for the 2019 World Championship Final. Cisco joins some of the world’s most recognized brands, including Mastercard, Louis Vuitton, Unilever’s AXE, Red Bull, OPPO, State Farm, and Secretlab, as premier global sponsors for League of Legends Esports.

“As we expand on the success of the first decade of our sport, we look to align with partners whose expertise will be a force multiplier for delivering the sporting experiences worthy of our pro players and fans,” said Naz Aletaha, Head of Global Esports Partnerships, Riot Games. “Cisco’s products are best-in-class, and we look forward to leveraging their technology and know-how as we continue to scale League of Legends Esports.”

About Cisco
Cisco (NASDAQ: CSCO) is the worldwide technology leader that has been making the Internet work since 1984. Our people, products, and partners help society securely connect and seize tomorrow’s digital opportunity today. Discover more at newsroom.cisco.com and follow us on Twitter at @Cisco.

Cisco and the Cisco logo are trademarks or registered trademarks of Cisco and/or its affiliates in the U.S. and other countries. A listing of Cisco’s trademarks can be found at www.cisco.com/go/trademarks.

About LoL Esports
LoL Esports is a premier global sport that attracts the attention of millions of fans around the world. There are currently over 800 professional players on more than 100 professional League of Legends esports teams competing across 12 leagues globally. Each regional league is comprised of approximately 10 teams that compete against one another year-round over the course of two seasonal splits. Teams earn championship points in order to qualify for the two major international competitions: the Mid-Season Invitational and the World Championship. For further information, visit: www.lolesports.com and www.lolesportsmedia.com. 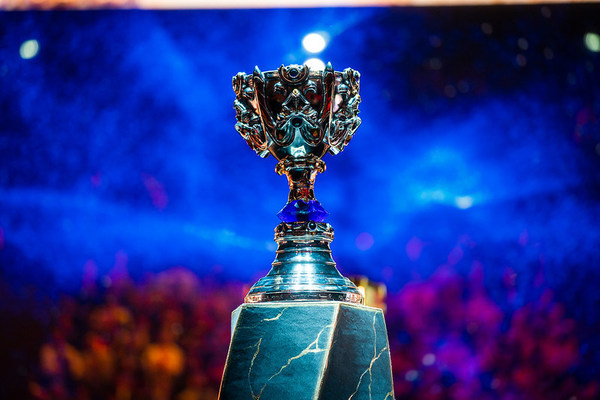 LoL Esports attracts millions of fans around the world. There are currently over 800 professional players on more than 100 professional League of Legends esports teams competing across 12 leagues globally.