GUANGZHOU, China, May 21, 2021 /PRNewswire/ — Recently, a poster themed "pineapples from Guangdong, China, a burst of flavor in every bite" has been repeatedly aired on a huge screen 19.5 meters high and 12.2 meters wide at the Times Square, New York, USA, according to Xinhua Screen Media Co., Ltd., who tenants the China Screen. The pineapples from Guangdong takes on the world, which shows the trend of the local brands of agricultural products going global, and also demonstrates to the world China’s firm determination to modernize its agriculture and rural areas. 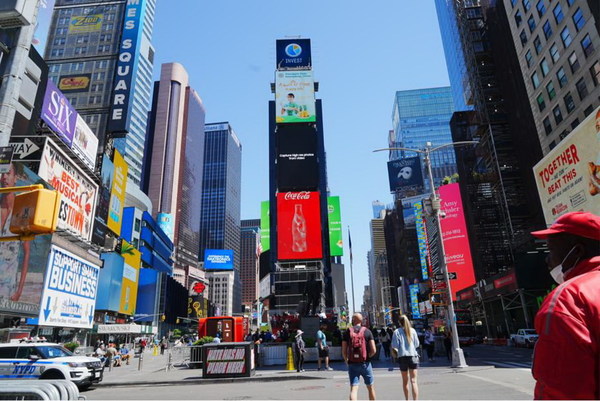 "Pineapples from Guangdong, China, a burst of flavor in every bite" appears on the China Screen of Times Square, New York.

Recently, the juicy, sweet and nutrient pineapples with golden appearance from Xuwen have topped the hot topic of microblog and also taken on the high speed rail to sell to 14 provinces and cities like Beijing, Shanghai and Gansu. Various cuisines made from pineapple serve on the table, waking up taste buds and recollecting delicious memories.

In order to publicize the pineapple from Guangdong and promote farmers’ sales, the Agriculture and Rural Affairs Department of Guangdong Province has carried out the "12221" Guangdong Pineapple Marketing Action 2021, which aims to spread quality pineapple to overseas markets by organizing purchasers in sales areas and cultivating purchase assistants in production areas, obtaining global market information and its way of transmission and guiding the production and sales based on big data. After exporting to Japan, Russia, Kyrgyzstan and other countries and regions, the pineapples will also go to West Asia, South Asia and other markets. While exploring new markets across the world, the pineapple also sets off a good start for agricultural products from Guangdong to go global.

Link: http://asianetnews.net/view-attachment?attach-id=391772
Caption: "Pineapples from Guangdong, China, a burst of flavor in every bite" appears on the China Screen of Times Square, New York.