To combine the vast content of the internet and with the picture quality of your t.v. screens was, at first, just a dream. But with the advancement of technology, this is now a reality. Today, you can turn your T.V. into a smart T.V. where you can access the internet and do things that you would normally do on a computer.

This is because of the electronic gadget known as a T.V. box. The T.V. box turns your normal T.V. into a Smart T.V. The Smart T.V. allows you to browse the internet, watch movies over the internet and even do basic computer functions like editing a document among others.

The combination of the power of the computer with that of the functionality of a Television, opened a new market catering to those who love their television and would like to get more out of it. Luckily, with the introduction of the T.V. box, people now is not only able to watch their favorite shows, they can already watch them on-demand via the internet.

With the flourishing potential market for T.V. Boxes, Amlogic has released their own version of a T.V. Box and they called it the NEXBOX. One particular device that is getting rave reviews now is the NEXBOX A1. The NEXBOX A1 was designed to give everyone the ability to turn their regular television into a Smart T.V.

To ensure that everyone using NEXBOX will have a smooth experience in navigating and in using the device. The NEXBOX A1 comes in a black box which contains the NEXBOX A1 T.V. Box Unit, a power adapter, a remote control, an HDMI cable and an English manual.

The NEXBOX A1 T.V. Box comes in black color, with a shiny and matte finish respectively. On the device, you will see the memory card slot. At the back you can find a power connection, the optical , the AV socket, LAN socket, the two USB slots. The extra USB slot may come in handy later on especially if you plan to connect a mouse or a keyboard to your laptop. 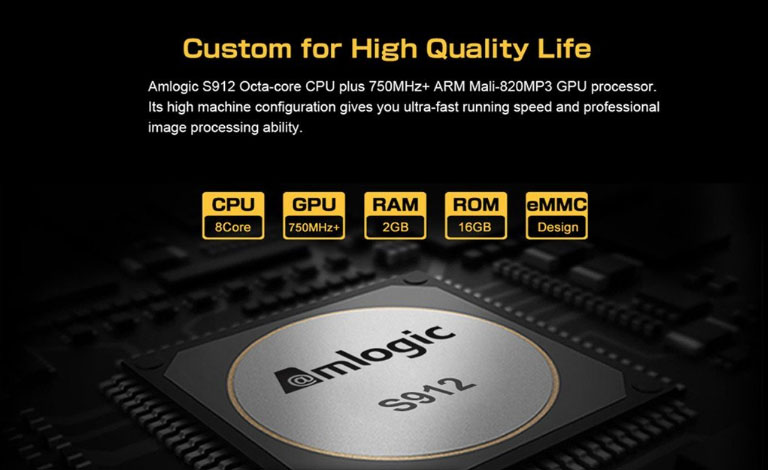 The NEXBOX A1 showed its power because of it’s Octa-core processor and its Amlogic S912 central processing unit. This allows you to smoothly and easily glide through and use your apps, whether it be something related to entertainment or some thing related to your work, the processor can carry out multiple commands.

Unlike the low end brands of T.V. boxes, the NEXBOX A1 is a lot faster in processing. To turn your T.V. into a SmartTV the NEXBOX A1 connects to the internet through its 802.11 a/b/g/n which is capable of receiving up to 5G wifi connection.

In terms of media support, it is good that the NEXBOX A1 is able to make the device compatible with most of the common video, image and audio formats, this helps in preventing incompatibilities when sharing documents. In terms of overall performance the NEXBOX A1 may outdo if not stand as equals with that of the leading brands such as Apple and other Android-based T.V. boxes.