Technologies associated with the ‘Internet of Things’ (IoT) are spreading rapidly, with the total number of internet-linked devices now triple the global population. According to Olcay Taysi, founder of NetOP Technology, the 2020s will likely be dominated by far-reaching advances in the field of IoT solutions.

AMSTERDAM, Dec. 1, 2020 /PRNewswire/ — The impact of technology on our lives seems to grow every day, and IoT-related technologies are playing a leading role in this trend. According to the IDC (International Data Corporation), 26.6 billion IoT devices are now active worldwide, and this number is expected to rise to 41.6 billion devices by 2025. Meanwhile, total spending on IoT tech reached a whopping $742 billion in 2020. 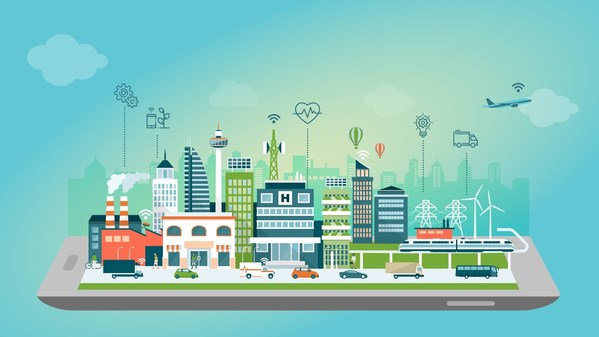 NetOP Technology founder Olcay Taysi attributes the IoT market’s rapid expansion to the ever-increasing need by large companies for real-time data for market intelligence and analytical purposes. Based in the Netherlands, NetOP Technology has been listed among the world’s top-25 most innovative tech firms.

"Our projects involve the design and manufacture of sensors and management platforms for smart cities, airports, agriculture schemes and logistics hubs, especially within the context of what is being described as the Fourth Industrial Revolution."

According to Taysi, "IoT-related tech has countless applications. Our solutions are used in 55 countries, where they help protect local ecosystems, improve municipal services, safeguard public health, and boost productivity.

In the UK, NetOP Technology solutions have been installed on London’s iconic red sightseeing buses, reducing fuel costs by 30 percent. They have also been deployed at Buckingham Palace and Wembley Stadium to ensure that resources are utilized at optimal efficiency.

Through an agreement with Seidor (Global | Platinum Partner of SAP), NetOP Technology solutions are now in use throughout the Americas. NetOP Technology can provide IoT solutions specifically tailored to particular regions thanks to its ongoing partnership with Detaysoft, the first and only member of United VARs in Turkey.

Notably, the emergence of COVID-19 has lent momentum to the burgeoning field of IoT. "IoT tech, which aims to create a more livable and sustainable world, has not been indifferent to the challenges posed by the pandemic. IoT-linked devices are now being used to regulate social distancing, facilitate contact-tracing measures, and analyze air quality," Taysi says.