Digital manufacturing company Snapmaker reaches its 5-year milestone and kicks off its anniversary campaign on August 2 with series of exciting activities.

SHENZHEN, China, Aug. 2, 2021 /PRNewswire/ — Since its inception in 2016, Snapmaker has been on a mission to bring industrial experiences of digital manufacturing to consumers. In 2017, its first all-metal 3-in-1 3D printer Snapmaker Original made its debut on Kickstarter and raised over 2.2 million dollars. Two years later, Snapmaker 2.0 was launched and raised 7.85 million dollars, making it the most funded technology project in Kickstarter’s history. 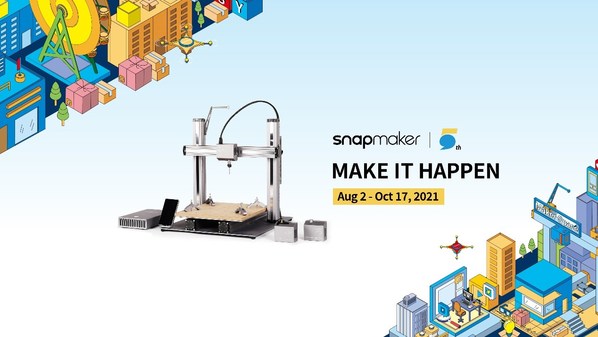 After fulfilling two crowdfunding campaigns, the company raised millions of dollars in series A funding in March 2021, dedicated to R&D and talent recruitment. Now in its fifth year, Snapmaker has grown from 4 to 200 employees with over 60,000 machines shipped to more than 120 countries and welcomed by makers, hobbyists, educational organizations, and small business owners.

Reflecting on 5 years in business, company CEO Daniel Chen remarked: "I take pride in what we have achieved over the last 5 years. It’s a milestone that shows our team, users, and partners believe the work we do is valuable. We wouldn’t have come so far without your unwavering support, and I would like to take this chance to express our gratitude and celebrate the significant moment together."

"Our brand concept has shifted from "Make Anything" to "Make Something Wonderful" over the years. In the beginning, we hope to empower every user with the ability to make anything. However, life is short, and we only have limited time and energy to focus on what we’re passionate about."

In celebration of its 5th anniversary, Snapmaker will host a series of events themed with "Make It Happen" from August to October in an effort to share with its users, partners the milestones and challenges of the last 5 years, while looking forward to future opportunities. The celebration campaign consists of online events to engage with users and win special prizes, a global anniversary sale to offer attractive discounts, and a virtual party. 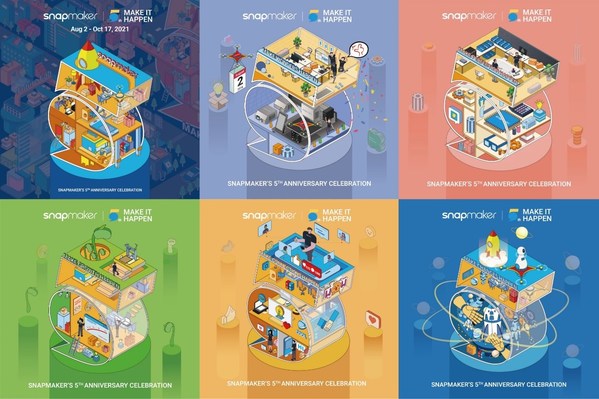 As part of the celebration, Snapmaker will also make a charitable contribution to animal protection, STEAM education, and sustainability. In addition, a featuring 5th-anniversary website will also be launched to interact with different parties, sharing Snapmaker’s story, the CEO’s message, and details of the events.

Moving forward, as Daniel said, "We’ve seen exceptional growth and development over the course of the last 5 years, but there’s still a long way to go. Next up, we will continue making tools accessible to regular consumers with engineering technology to empower each individual to enjoy making, and make something wonderful. "