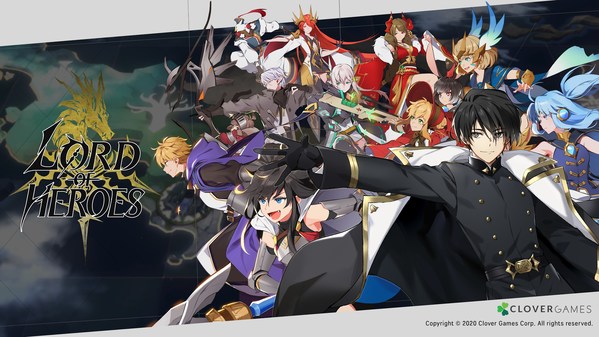 Lord of Heroes has been introduced on several social media by Crunchyroll, one of the biggest American anime, manga streaming websites, and have gotten high expectations from the market ever since. The game has successfully reached over 2 million pre-registered players from 143 countries including the United States, Brazil, France and Russia.

Lord of Heroes is an RPG game which has a storyline of recruiting heroes while expanding the territories and revolutionizing the world. Moreover, it does not include any discriminative content such as gender, race, religion and age. It has received a lot of attention from various players, especially from generation Z.

Last March, Lord of Heroes was pre-released in the Republic of Korea, and was featured in both Google Playstore and Appstore. Users gave high credits to the immersive story and recruitable characters without any random factors. Lord of Heroes has been reviewed by 51k users and reached an average score of 4.7 from both stores. Lord of Heroes will be available globally in 8 languages, including high-quality localization for English, German, Italian, French, Russian, and more.

Lord of Heroes is now available for both Android and Apple iOS. More information can be found at Lord of Heroes Official Facebook page, including a special pre-registration coupon which contains Gold, Mystic Soulstone and Random Artifact Box.