ABA PREFECTURE, China, Dec. 20, 2021 /PRNewswire/ — The other day, the staff of the Mao County Management Station of the Giant Panda National Park has found that giant pandas appeared frequently while sorting out infrared camera data. The giant pandas were climbing the tree, strolling, juggling and "performing actively" in front of the camera. 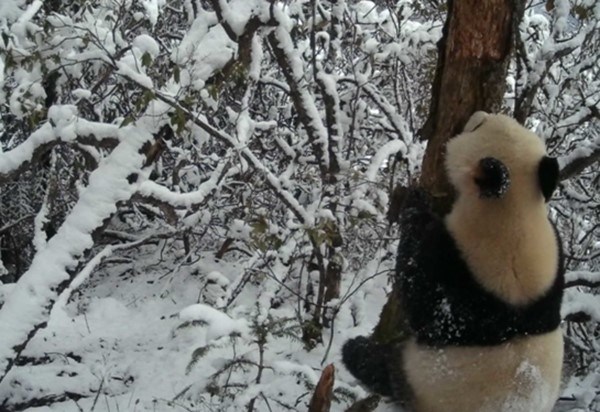 In the picture, several giant pandas walked through the camera step by step at a leisurely pace, performing a special catwalk show of national treasures in winter.

"Now pandas appear more and more frequently and they can be seen almost every other day," head of the Mao County Management Station of the Giant Panda National Park, Tao Boshan said. He believed that the frequent occurrence of pandas is mainly due to the establishment of the Giant Panda National Park, after which the protection of wild giant pandas has been strengthened and the ecology is getting better and better.