BANGKOK, July 5, 2021 /PRNewswire/ — Charoen Pokphand Foods PCL (CP Foods) vows to protect, restore and preserve biodiversity as well as combat deforestation across its supply chain through collaboration with suppliers in sourcing materials from sustainable sources and its mission towards the "low-carbon organization" and decarbonization for food security and good health of global consumers. 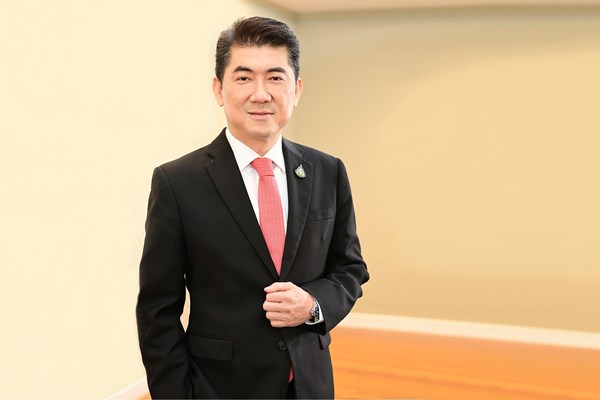 Mr. Prasit Boondoungprasert, Chief Executive Officer of CP Foods, said that CP Foods has announced the Biodiversity and Zero Deforestation Commitment. To be achieved by 2030, the Commitment affirms the Company’s social responsibility which has been exercised through the "Balance of Nature" strategy, one of 3 pillars towards sustainability strategies the "Food Security, Self-Sufficient Society and Balance of Nature". The commitment concerns all parties throughout the supply chain, binding all to produce food without harming the environment and support the United Nations Sustainable Development Goals (SDGs).

The Commitment entails CP Foods and its subsidiaries that operate feed mill, animal business (livestock and aquaculture) and food business (food production and distribution) as well as suppliers and farmers that supply agricultural raw materials such as maize, fish meal, palm oil, soybeans and tapioca. CP Foods, its suppliers and farmers have joined hands in tackling forest encroachment through a responsible procurement system and a transparent traceability system.

CP Foods today accomplishes its goal in achieving the 100% traceability of maize, back to the plantation fields that have legal land deeds and are not in forest areas. The system has been supported by a satellite image technology, to raise confidence in its procurement. Meanwhile, CP Foods has also implemented the "Self-Sufficient Farmers, Sustainable Corn Project" to support and share knowledge with maize growers in Thailand, to equip them with academic knowledge that supports less use of chemicals and helps combat impacts on the climate.

Meanwhile, CP Foods has developed and exercised the Biodiversity Management Plans in monitoring suppliers’ traceability efficiency, to assure that its products do not contain materials from encroached forest areas. CP Foods has also assessed suppliers’ operations and traceability practices.

"CP Foods realizes the importance of natural resources and preservation of biodiversity, as they are the foundation of the food supply chain and food security. The Biodiversity and Zero Deforestation Commitment was announced because of this realization," Mr. Prasit said.

He added that CP Foods is committed to combat deforestation as the process harms its goal in lowering carbon emissions. Trees store carbon, protect soil, and prevent the ecosystem from destruction or degradation. The Commitment emphasizes the fight against deforestation from the beginning of its supply chain. Meanwhile, CP Foods has taken part in conserving, protecting and rehabilitating terrestrial and mangrove forests to increase biodiversity through several projects including the CPF Rak Ni-Ves Project at the Pasak watershed, Khao Phraya Doen Tong, in Lop Buri province; and the CPF Grow-Share-Protect Mangrove Forestation Project that covers mangrove forestation efforts in Rayong,  Samut Sakhon, Chumphon, Songkhla and Phang Nga provinces.