HONG KONG, March 25, 2021 /PRNewswire/ — This month on ‘Innovate Japan’, CNN international correspondent Selina Wang meets the Japanese tech pioneers working on the future of space exploration. From lunar rovers and robotic astronauts to the future of space food and accessible rockets, this 30-minute special showcases the Japanese startups taking on the final frontier. 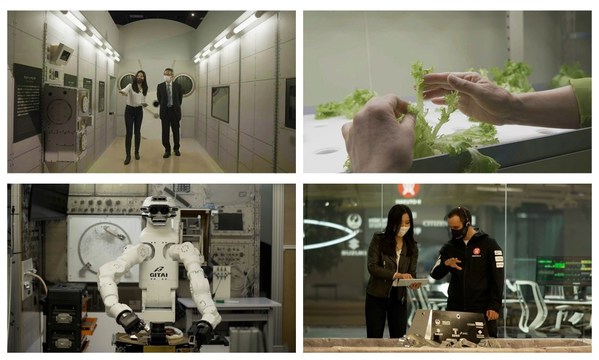 CNN then meets Sho Nakanose, founder and CEO of GITAI, a robotics startup which is developing a new generation of astronauts, and they aren’t even human. GITAI’s robots can be controlled by a person on earth via a virtual reality headset and haptic gloves. GITAI is one of a growing number of space robotics startups that could pave the way to greater space development.

Chiaki Mukai, the first Japanese woman to travel to space, is turning her attention to another challenge: making food in the great beyond. She is leading a collaboration between academics and private companies who are developing a range of innovative solutions to help humans live in space, including a hydroponic farm that could grow crops on another planet. CNN also hears from Ryosuke Sakaki, who is working alongside scientists and manufacturers to develop a 3D printer that he hopes could one day recreate food at the push of a button, even in space.

Finally, CNN meets Masatoshi Nagasaki, founder and CEO of Space BD, who wants to make space accessible to more people. SpaceBD helps private companies and universities send satellites into orbit, including hitching a ride on Japanese rockets. CNN also speaks to Ko Ogasawara, Vice President and General Manager of Space Systems at Mitsubishi Heavy Industries, about the technical innovations which he hopes will halve the price of the company’s latest rocket and make launching satellites from Japan more affordable.