– MIR2M: The Warrior was launched in the global market (except Korea, China) on September 1st.

– In commemoration of the global launch, an airdrop event will be held for the first 4 million users on FCFS(a first-come, first-served basis).

– It is a role-playing game featuring Eastern Oriental Martial art. It is being developed using the IP of The Legend of Mir 2. 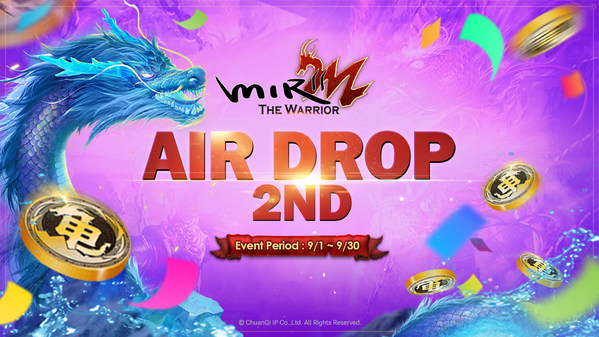 ‘MIR2M: the Warrior’ is a role-playing game that features Eastern Oriental Martial Art, which is being developed using the IP of WEMADE’s representative work The Legend of Mir 2. In this game, players can enjoy a variety of PK contents (Battle of Sabuk, the War of the Territorial Occupation, etc.) and clan contents (Clan Boss, Boss Raid, etc.).

Check out detailed information on MIR2M: The Warrior and Air-Drop Event on the game’s official website.