SHANGHAI, Jan. 13, 2021 /PRNewswire/ — The 5th Caohejing Hi-Tech Carnival kicked off on the morning of January 12 with this year’s focus on chip design and fintech to explore how urban digitalization in Shanghai empowers the integrated circuit (IC) industry through financial innovation. In his opening speech, Lv Ming, President of Shanghai Lingang Group, discussed how Caohejing Hi-Tech Park has taken the lead in developing the digital economy by utilizing the well-developed electronic information industry. 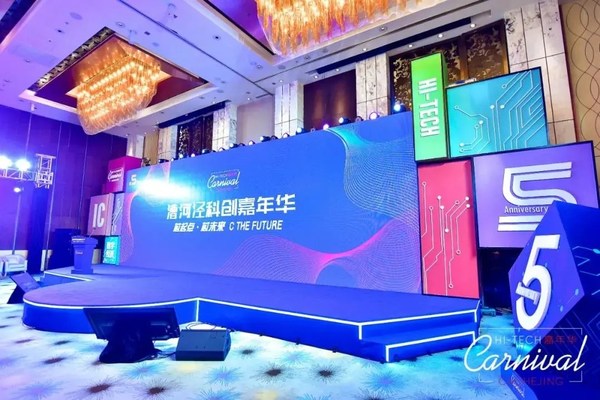 In the process, Caohejing Hi-Tech Park brought together many leading enterprises in integrated circuits, AI technology, cloud computing, big data and internet-related service industries to promote integrative development. With the aim of forming industrial clusters and building an industrial ecology, it is now one of the largest hubs of the digital economy in Shanghai as well as a hub of innovation, service, headquarters and flow-based open economy.

Integrated circuits are the cornerstone of the digital economy, of which fintech plays an important role. A forum themed "Finance Improves Chips: Capital Innovation Empowers the Future of the Semiconductor Industry" was held as part of the event. Investors, scholars and other industry leaders were invited to share the insights. Meanwhile, featured guests discussed the topic of "who will lead industrial innovation" from a capital and IC industry perspective and shared thoughts on urban digitalization and digital economy.

In his remarks, Lv Ming also noted that Lingang Group is now focusing efforts on building the "Oriental ChiPort" featuring integrated circuits and the "Information Flying Fish" global digital economy innovation island, which enjoys strong similarities with and complements Caohejing Hi-Tech Park. Lv said: "In the future, the event will join hands with the World Laureates Forum, "Star of Lingang" contest and other major events to create a favorable environment for innovation."

The carnival also marked the celebratory launch ceremony for the 10th anniversary of Zhangjiang National Innovation Demonstration Zone. Hou Jin, Deputy Director of Shanghai Office for the Promotion of Science and Technology Innovation Center, said that he hoped that in the context of comprehensive urban digitalization, Caohejing Hi-Tech Park will persist in increasing the park’s scale and achieving a larger economic aggregate and increased innovation.