SEOUL, South Korea, Aug. 18, 2021 /PRNewswire/ — Pearl Abyss announced today that the new Lahn class and her Awakened class Crimson Lily are now available in Black Desert Mobile. With the new classes, Adventurers can enjoy gameplay that is both elegant and destructive. 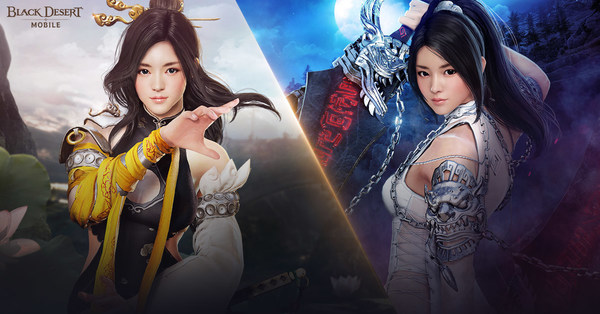 Lahn is another special class that has arrived along with her Awakened form, Crimson Lily. Adventurers can choose between the two classes with each possessing a distinctive combat style.

Lahn is an elegant character who twirls her Crescent Pendulum main weapon as if performing a dance, enabling her to reach far away enemies instantly. She can also dash through the sky for a short amount of time.

On the other hand, the Awakened class, Crimson Lily, wields the Crimson Glaives, two swords connected by a chain. Using this weapon, Crimson Lily brings complete destruction against her enemies. Although the blades of the Crimson Glaives are relatively short, she has the ability to defeat foes within a large area using her acrobatic skills.

To celebrate the arrival of Lahn and Crimson Lily, special events will take place that provide extra benefits to those playing these new classes. Adventurers can get rewards such as Black Pearls, Abyssal Accessories, and tier 4 or 5 pets by getting their Lahn or Crimson Lily to level 60. A Special Shop has also opened in which various items are available for purchase.