PARIS, May 25, 2021 /PRNewswire/ — The Art Market seemed to have forgotten its past and all of its reference points after the online sale of Beeple’s NFT Everydays (which sold for $69 million at the beginning of March). But the major New York spring sales showed that blue-chip artists (Picasso, Basquiat, Monet, Warhol, etc.) remain the real pillars of the international art market. Artprice reminds us that the fundamental principles underpinning the price levels of artists and artworks are still very much alive and relevant in 2021.

Auction price evolution of two paintings, one by Picasso the other by Basquiat

thierry Ehrmann, President and Founder of Artmarket.com and of its Artprice department: "The Art Market’s switch to digital – which substantially accelerated a little over a year ago – has not shaken the foundations on which this market has been developing for three decades. Its stable and rational structure quickly re-emerged as soon as Western countries began to emerge from the health crisis."

Over $1 billion in three days

Whereas London’s sales were postponed by several weeks and were partly weakened by the implementation of Brexit, New York’s prestige sales were the first major art market rendezvous for over a year. This unique concentration of Modern, Post-War and Contemporary masterpieces, all offered in just a couple of days, rapidly reassured the market and its followers. The first lot hammered by Christie’s on 11 May, Night Vision by Alex da Corte (1980), doubled its estimate to reach $187,500.

Artprice has published an analysis of the results of this absolutely crucial week, which saw the first auction result above $100 million in two years: www.artprice.com/artmarketinsight/over-a-billion-dollars-worth-of-art-sold-in-new-york-this-week

Demand is both strong and selective

Christie’s and Sotheby’s both offered – just two days apart – canvases by Gerhard Richter, both titled Abstraktes Bild and both dated 1992, and almost of the same dimensions. The first sold for just under $7 million (below Christie’s $9-12 million estimate) while the second, from the collection of Mrs. John L. Marion, reached $23.3 million at Sotheby’s.

The substantial price differential between these two works, which have very similar technical characteristics, is extremely reassuring to Artprice, which sees it as an indication that demand is strong but attentive to the intrinsic quality of each piece as well as to their origin; a demand that is capable of adjusting its intensity and defying estimates.

After Beeple’s ‘freak wave’ in March, the ranking of the best performing artists at auction in 2021 has returned to its usual population of great masters. Beeple has now left the top 5 in favor of Claude Monet and Andy Warhol. 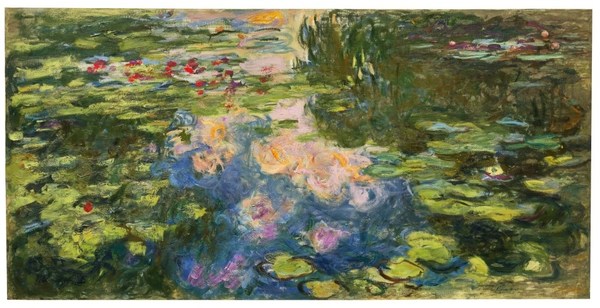