PARIS, Jan. 26, 2021 /PRNewswire/ — Masters Week in New York is the art market’s first major event of the year 2021. Sotheby’s evening session on 28 January will be offering masterpieces by Botticelli (estimated $80 million), Rembrandt ($20-30 million), Hugo Van der Goes ($3-5 million) and Guido Reni ($1.2 – 1.8 million). By coincidence, another painting by Guido Reni (Cleopatra) will be offered the same day in Toulouse under Marc Labarbe’s hammer and under the watchful eye of Eric Turquin. The latter’s team of experts conducted the examination and appraisal of the Cleopatra and have estimated the work between $95,000 and $145,000. However the quality of the painting could well raise the price and it seems likely that the upside will be just as potent in Toulouse as it would be in New York. 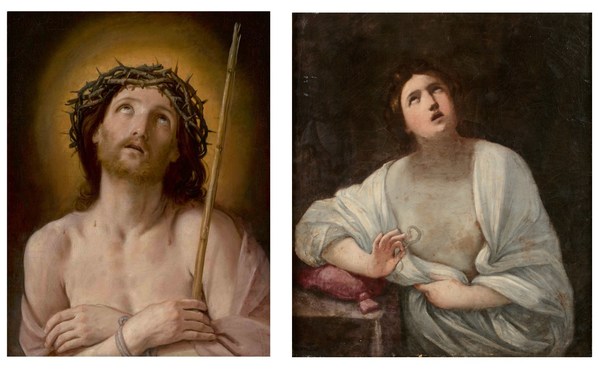 "Eric Turquin and Marc Labarbe are repeating the operation attempted a year and a half ago with the ‘Caravage de Toulouse’, even if the circumstances are quite different," says thierry Ehrmann, President and Founder of Artmarket.com and its Artprice department. "Of course, Guido Reni and Caravaggio are not at all on the same market footing. However, since the Caravaggio sale, much has evolved: first, Turquin and his team have had several opportunities to demonstrate that their strategy of selling works before restoration and as close as possible to the place they were found can be very effective, and secondly the pandemic has pushed a large section of the global art market into the online environment, a significant advantage for this kind of strategy."

Like the Toulouse Caravaggio, Guido Reni’s Cleopatra was found by chance in Toulouse, where it will be sold by Marc Labarbe on 28 January 2021 and is unlikely to stay there very long. And indeed (we ask) what exactly would be the logic of trying to sell it in New York, London or even Paris when the painting obviously interests numerous collectors and museums all over the world?

In recent months, American buyers have been the best clients for Eric Turquin’s findings: the Toulouse Caravaggio appears to have joined Tomilson Hill’s collection; the Cimabue from Senlis has gone to the Alana collection and the Master of Vyssi Brod from Dijon now belongs to the Metropolitan Museum of New York.

Sending an artwork across the Atlantic and engaging the services of a major auction house entails massive costs which cannot always be justified today. The lockdowns have accelerated the switch to online of a whole section of the auction market and this trend is somewhat undermining the logic of maintaining large sales structures in the centres of the art market’s major capitals.

Are artworks just as beautiful wherever they are?

The prestige of a major auction house and a large city undoubtedly helps to attract international demand. But is all this "staging" really necessary? This question is to a certain extent a question about the ‘efficiency’ of the art market: put another way, does the price of a work depend on the circumstances of its sale? Whatever the answer, it seems fair to say that a certain degree of correlation exists between the two.

Although scheduled to appear in a sale of Old and Modern Paintings in the south of France, Guido Reni’s Cleopatra has been the subject of a very specific examination, the details of which have been presented in a dedicated catalog. Marc Labarbe (the auctioneer) and Eric Turquin (the appraiser and valuer) are clearly confident that having conducted all the necessary research and having publicized the sale around the entire planet, the work no longer needs the support of prestigious Anglo-Saxon houses to attract the most likely international buyers.

Artmarket is a global player in the Art Market with, among other structures, its Artprice department, world leader in the accumulation, management and exploitation of historical and current art market information in databanks containing over 30 million indices and auction results, covering more than 748,000 artists.

Index of press releases posted by Artmarket with its Artprice department:
http://serveur.serveur.com/press_release/pressreleaseen.htm