The CIO-PD20W is a 2-port charger almost as small as a U.S. quarter, achieving both compact size and fast charging. It has a maximum output of 20W for a single port, and can charge two devices at the same time for a total output of 15W. This makes it possible to charge any device quickly. The CIO-PD20W’s rare combination of ultra small size and 2-port utility means that you can take it anywhere and use it in any situation.

It supports PowerDelivery (PD), capable of charging an iPhone 12 up to 50% in 30 minutes. It can charge various devices with USB-C. iPhone 8 or later models support PD charging, so you can charge your iPhone 3 times faster than before with a USB-C cable.

Here are the details again about this exciting project:

About CIO: CIO Co., Ltd. has been striving to achieve greater convenience for people since 2017. Based on the concept, "delivering the latest and most exciting gadgets",  CIO Co., Ltd. does not just import the products, but is committed to developing new products for customers.

For more information, contact us by email: smartc[email protected] 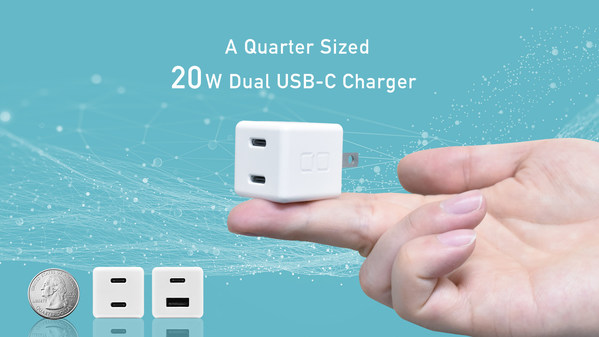